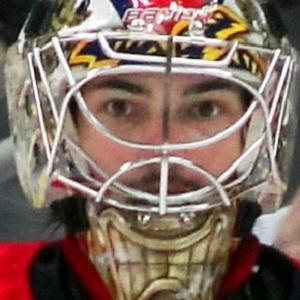 NHL goaltender who won the Vezina and Hart trophies with the Montreal Canadiens in 2002. After four years with the Canadiens, he played for the Colorado Avalanche, Washington Capitals and Florida Panthers.

He began playing hockey professionally at the age of 16.

He founded the Saves for Kids charity to benefit the NICU at Children’s National Medical Center in Washington, D.C.

His first daughter Romy was born in March 2006.

He played alongside goalie Cristobal Huet on the Montreal Canadiens.

Jose Theodore Is A Member Of