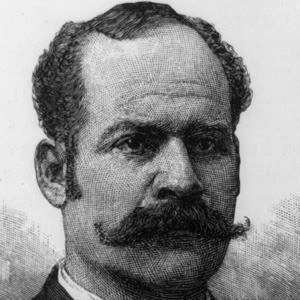 The President of Nicaragua from 1893 to 1909 who represented the Liberal Party and seized the Mosquito Coast in 1894. He was deposed by rebels, with the help of Marines who were getting revenge for the two US mercenaries that he executed.

He was a member of the liberal party in Nicaragua, which backed improved public education, railroad construction, and creating steamship lines, among other things.

He had ambitions about uniting the United States of Central America, and then becoming its president.

He was born in Managua and he was the son of his father's mistress, though his father's legal wife would be his mother.

He and Daniel Ortega have both served as president of Nicaragua, the latter taking the office in 2007.

Jose Santos Zelaya Is A Member Of