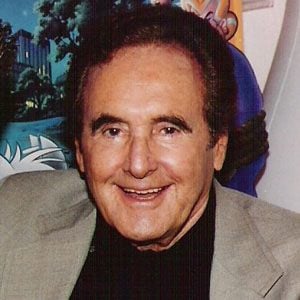 Animator, director, and cartoon and storyboard artist who co-created Tom and Jerry, The Flintstones, and The Jetsons, with William Hanna. Together they founded one of the most successful animation studios of the 20th century.

He won several boxing titles during his high school years, but eventually lost interest in the sport. He attempted to gain employment as a cartoonist for The NY Hits Magazine during the Great Depression, but was never hired. He took a job at a bank before finding some success with single-panel cartoons in Redbook, Saturday Evening Post, and Collier's.

He and Hanna were awarded seven Academy Awards and eight Emmy Awards.

He married his high school sweetheart, Dorothy Earl, in 1935. They had four children before divorcing in 1963, after which he married Sheila Holden.

He and Zsa Zsa Gabor were good friends, and she frequently visited his house.

Joseph Barbera Is A Member Of