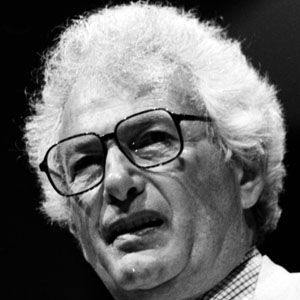 An American author of satirical fiction and plays, he is most famous for his 1961 novel-turned-play, Catch-22, a work that highlights the absurdity of war. His other literary works include Picture This (1988), Closing Time (1994), and Portrait of an Artist, as an Old Man (2000).

He served in the U.S. Army Air Corps during World War II. Upon his return to the United States, he attended the University of Southern California, New York University, and Columbia University.

He wrote the screenplay for Sex and the Single Girl.

With his first wife, Shirley Held, he had two children. He married his second wife, Valerie Humphries, in 1987.

He was a friend of actor Dustin Hoffman.

Joseph Heller Is A Member Of