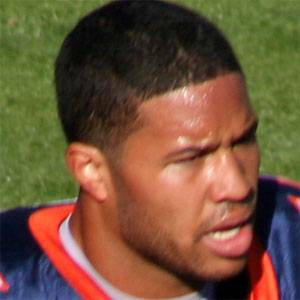 Safety who made his NFL debut in 2008 with the Denver Broncos.

He played college football at Arizona State University, where he was honorable mention All-Pac 10 in 2006.

He joined the New England Patriots in 2010, and won an AFC Championship in his second season with the team.

He was born and raised in Reno, Nevada.

The Broncos chose both him, and running back Peyton Hillis in the 7th round of the 2008 NFL draft.

Josh Barrett Is A Member Of