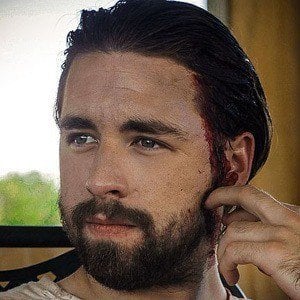 Widely known for his work done as an actor, editor, and director alongside his brother on the Film Riot YouTube channel. He has had starring roles in his brother's short films Losses, PROXiMITY, and U.F.Oh Yeah.

He debuted as a member of the Film Riot cast at age 16 in 2009. He appeared in Film Riot's first ever video, "Lightsabers VS Phasers - or - Star Trek VS Star Wars," in July of that year.

He has helped his brother present film education seminars within their Film Riot YouTube channel and web series. He appeared in his brother's 2015 film Portal Kombat as one of the leads.

He frequently also appears in Film Riot material alongside his sister Emily Connolly. He has two other siblings named Tim and Ondrea. His parents' names are Judith and Tim, Sr.

He has hosted his brother Ryan Connolly's web series Film Riot while his brother is away doing individual film work.

Josh Connolly Is A Member Of