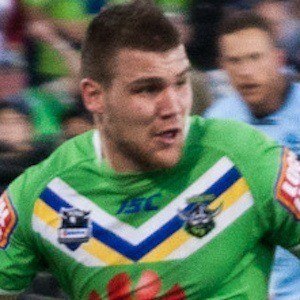 Rugby league fullback, center, and wing known for his play with the St. George Illawarra Dragons and Canberra Raiders. He's also served as captain of the Dragons in rugby league nines play.

He first joined Canberra in 2008, playing for their youth team for two seasons before being called up to the NRL in 2009.

In his first year with the Raiders, he was named the team's rookie of the year and co-player of the year. He's played for New South Wales and earned a cap with the national team in 2015.

He has a son named Jackson.

He and Jamie Soward have both played for St. George Illawarra.

Josh Dugan Is A Member Of