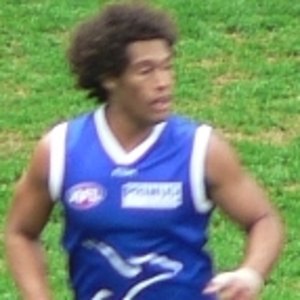 Australian rules footballer who is recognized for having played for both the North Melbourne Football Club and the Hawthorn Football Club. With Hawthorn he was a member of the premiership winning squad in 2013, 2014, and 2015.

In 2006, he was drafted onto the Kangaroos rookie list.

He competed on the 4th season of Australia's I'm a Celebrity...Get Me Out of Here.

He competed against pop singer Shannon Noll on I'm a Celebrity...Get Me Out of Here.

Josh Gibson Is A Member Of