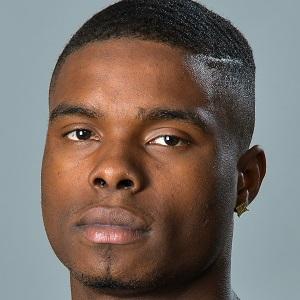 Electric kick returner and wide receiver drafted in the 3rd round by the Philadelphia Eagles in the 2014 NFL Draft. During his 2013 season at the University of Oregon, he set school records with 1,140 receiving yards, 12 touchdown catches, and six 100-yard games.

He played quarterback, wide receiver, running back and cornerback at Nimitz High School, where he accounted for nearly 2,000 yards of total offense as a senior, rushing for 1,147 yards and throwing for 856.

His first professional touchdown was a 107-yard kickoff return against the Tennessee Titans on November 23rd, 2014.

He married a woman named Jerrica. He named his father, Donald Simpson, as the most influential person in his life.

He was part of the same draft class for the Eagles as wide receiver Jordan Matthews.

Josh Huff Is A Member Of