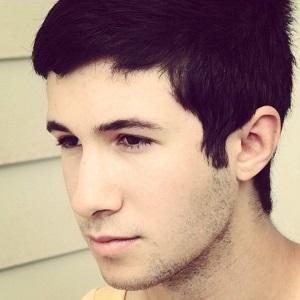 Famous on social media, this pop and rhythm and blues singer has developed a strong following on SoundCloud, where he has posted covers of such songs as Drake's "Hotline Bling." Also the creator of the Josh K YouTube channel, he posted both original songs and cover versions of popular music.

When he was fourteen years old, he posted his first YouTube video, a cover of the Ne-Yo hit "One in a Million."

He developed a following on Vine, where he's posted partial covers of "Never Say Never" by The Fray and "Take Me to Church" by Hozier.

He was born Josh Karim and raised in Connecticut with his brother Justin and his sister Emma.

In a January 2015 Twitter post, Josh K thanks Justin Timberlake for inspiring him to pursue a music career.

Josh K Is A Member Of