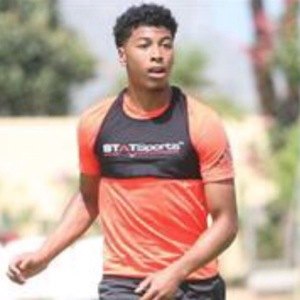 Midfielder who joined the Bury club on loan from the Wigan Athletic club. He scored his first professional goal as a member of Hartlepool United.

His youth career first began in the Redbridge youth system. He then played with the Wycombe Wanderers youth club and the Queens Park Rangers youth club before joining their first team and beginning his senior career in 2014. He joined the Wigan Athletic club in 2017 and was loaned out to the Bury club that same season.

He scored his first professional goal with the Hartlepool United club in a match against the Leyton Orient club on October 22, 2016.

He was born and raised in Leytonstone, England.

Other players who have been members of the Bury club include David Nugent and Andy Warrington.

Josh Laurent Is A Member Of