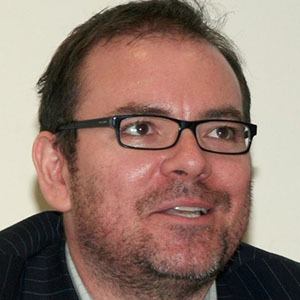 Famous as the founder of the progressively political site Talking Points Memo. For his work as a political blogger and journalist, he was named to GQ's annual men of the year list in 2007, as well as the George Polk Award winner for legal reporting that same year.

He graduated from Princeton University. He later earned his PhD in American history from Brown University.

He won The Week's opinion award for blogger of the year in both 2003 and 2007. He was nominated to the Time 100 list for his thorough coverage of that year's US Attorney Scandal.

He shares two sons named Sam and Daniel with his wife Millet.

Josh Marshall Is A Member Of