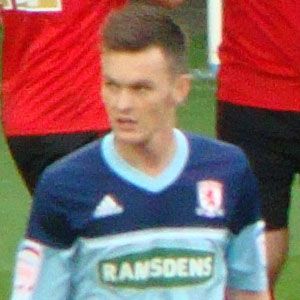 Midfielder who made his professional debut in 2010 for Chelsea FC, spending time on loan with Swansea City, Middlesbrough, and Wigan Athletic. In 2015, he signed with Brentford.

In 2016, he began dating Lillie Lexie Gregg. They share a son named Cruze together. He previously dated actress Brooke Vincent in 2011.

Forward and winger Victor Moses became his teammate on Chelsea in 2012.

Josh McEachran Is A Member Of