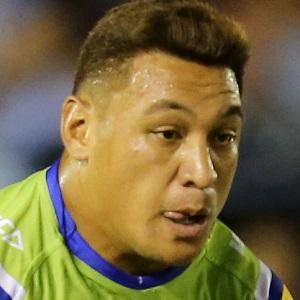 Second row and lock who made his professional debut in 2011 with the Canberra Raiders and played for Australia's national rugby league team in 2013.

He played junior rugby for the Logan Brothers.

He played for the Queensland rugby league team in 2013.

He was born in Auckland, New Zealand and moved to Australia when he was 6 years old.

Mal Meninga became Papalii's coach in 2011 when he joined Canberra.

Josh Papalii Is A Member Of