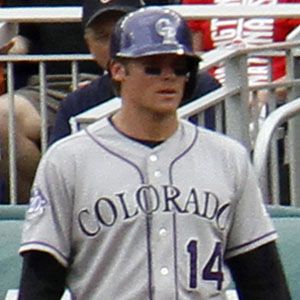 Shortstop who began his major league career with the Colorado Rockies in 2012. He was previously an All-SEC First-Team selection at the University of Alabama.

He won an Alabama state title during his senior year at Cullman High School.

He was twice named as the California League Player of the Week while playing for the minor league team the Modesto Nuts.

He made his major league debut replacing an injured Troy Tulowitzki in 2012.

Josh Rutledge Is A Member Of