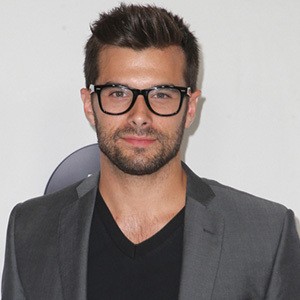 Model and actor with a recurring role as Harrison Chase in the soap opera General Hospital who previously booked a recurring guest role in Liv and Maddie.

He was a student at Glenwood High School before attending the College of DuPage as an accounting major.

As a model, he signed with Wilhelmina and began his career as a model in 2010. He appeared in Oh lala Magazine.

He and his three sisters Elyssa, Kalia, and Elayna were born to parents Bob and Gina Swickard. His parents are a pastor and vocal coach, respectively. He and his wife Lauren met while filming their first movie together called Roped.

He is featured alongside Michael Easton in the soap General Hospital.

Josh Swickard Is A Member Of