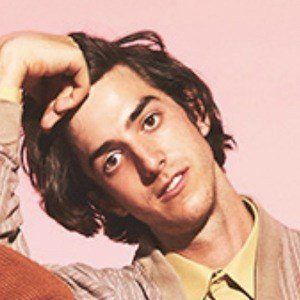 Pop singer who released his debut album, Feeling Stronger, in 2015. He is also a member of the pop/rock group Half Alive.

His early recordings include the singles "My Dream Baby" and "Breaking Free" and the EP In My Head.

He was previously the lead singer for "The Moderates", a band from Long Beach, California.

He's from Long Beach, California. He has a younger brother named Jacob and a sister named Jess.

He has performed in Half Alive alongside J. Tyler Johnson.

Josh Taylor Is A Member Of