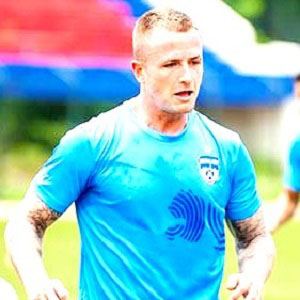 English midfielder who won the Federation Cup title with Bengaluru FC in 2015. He previously played for clubs like Middlesbrough, Watford and Scunthorpe United.

He was born in Newcastle upon Tyne and played in the youth academy of Middlesbrough from 2002 to 2006.

He has captained the English national team at the Under-16, Under-17 and Under-20 levels.

His father was a fireman who also played professional soccer for Scunthorpe United.

He has been teammates with Indian forward Sunil Chhetri at Bengaluru.

Josh Walker Is A Member Of