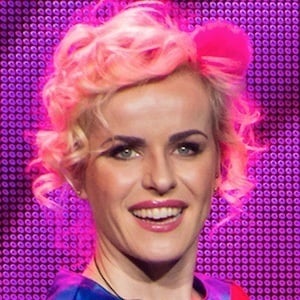 Most Popular#26359
Singer Born in Netherlands#19

Dutch pop singer known for her time as a member of K3, taking over after Kathleen Aerts left in 2009. She recorded the albums MaMaSe, Alice in Wonderland, and Engeltjes before she and the rest of the members were replaced in 2015.

She was chosen to be part of K3 after appearing on the reality show K2 zoekt K3, which was held to determine who would replace Aerts.

She appeared on the show Hallo K3, which portrayed a fictionalized version of the band.

She was born to Joke Schouls and Cees Huisman in Heusden, Netherlands.

She was part of K3 with Karen Damen and Kristel Verbeke.

Most Popular#26359
Singer Born in Netherlands#19

Josje Huisman Is A Member Of