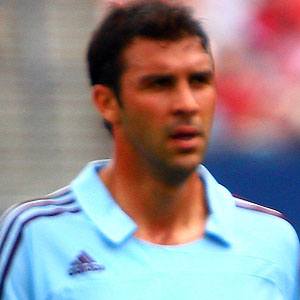 He debuted with the United States National Soccer Team in 1994, at the age of eighteen, and also played on the U.S. Olympic Team in 1996.

He played with English and Portuguese teams before returning to the U.S. to join Los Angeles Galaxy.

His parents were immigrants from Macedonia.

He is a contemporary of renowned British soccer player, David Beckham, and both men played for Los Angeles Galaxy in the late 2000s.

Jovan Kirovski Is A Member Of