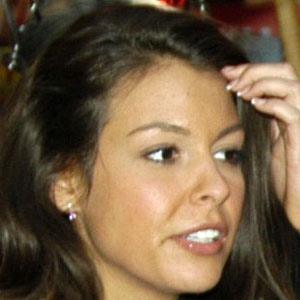 Former WWE Diva and model best known for her appearances on "Smackdown!" She won the first-ever Rookie Diva of the Year award in 2005.

She was signed by World Wrestling Entertainment following her audition for the company's 2004 Diva Search.

She appeared in the music video for "The Beast and The Harlot" by the band Avenged Sevenfold.

Her parents divorced when she was four years old.

She feuded with fellow Diva Amy Weber during her time in WWE.

Joy Giovanni Is A Member Of