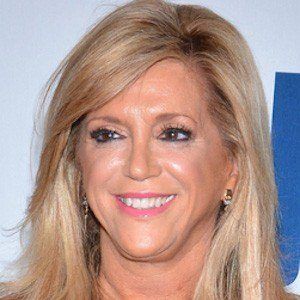 Entrepreneur who is known for having invented various products, such as the self-wringing Miracle Mop. She founded and has served as the president of Ingenious Designs, LLC. In 2015, the film Joy was made about her life.

She attended Pace University, and graduated with a degree in business administration in 1978. Following this, she worked a variety of odd jobs while supporting her three children as a divorced mother.

In 1999, she sold the Miracle Mop prototype to USA Networks and their subsidiary, the Home Shopping Network. In 2015, she served as an executive producer on her film biopic, which was directed by David O. Russell.

She was married to Tony Miranne from 1978 to 1989 and she has three children, Christie, Robert and Jackie.

She was portrayed by Jennifer Lawrence in the 2015 film Joy. The role earned Lawrence an Academy Award nomination for Best Actress.

Joy Mangano Is A Member Of