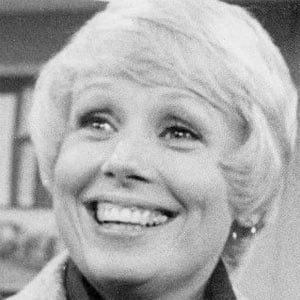 Known for her high-pitched Southern-accented voice, she became a frequent game show panelist and a regular guest on sitcoms.

She became popular as a panelist on the Match Game and Chain Reaction game shows, giving often hilarious non-sequitur responses to questions.

She had regular roles on The Mary Tyler Moore Show and The Bill Cosby Show and was a runner-up for the role of Carol Brady.

She was married five times and had four children.

She and her son John Asher played an on-screen mother and child in the 1994 film Weird Science.

Joyce Bulifant Is A Member Of