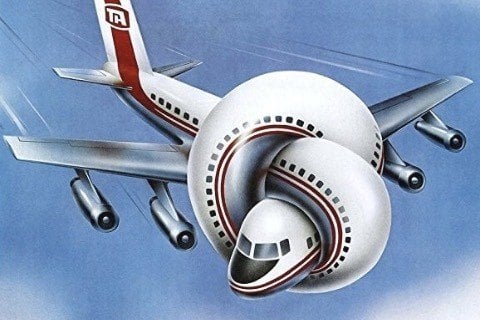 Parody disaster film from David and Jerry Zucker which borrows the plot and characters of the 1957 film Zero Hour! It features a man with a fear of flying tasked with making sure a plane lands safely when the pilots become sick.

The film is alternatively titled Flying High! The film's creators received the Writers Guild of America Award for Best Adapted Comedy. It was a Golden Globe nominee for Best Motion Picture - Musical or Comedy.