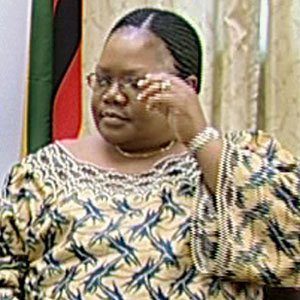 Zimbabwean politician who was elected as Vice-President of Zimbabwe in 2004. She previously served as the Minister of Rural Resources and Water Development and the Minister of Information, Post and Telecommunication.

She was the youngest cabinet minister in Robert Mugabe's cabinet.

She joined the Rhodesian Bush War and is said to have downed a helicopter with a machine gun.

She was elected Vice-President of Zimbabwe under President Robert Mugabe.

Joyce Mujuru Is A Member Of