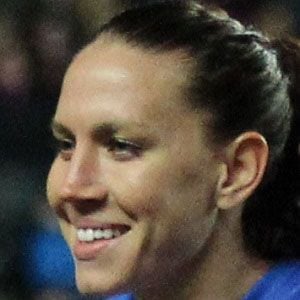 She was a standout player at UCLA, leading the Pac-10 with 19 goals her freshman year and earning first-team All-American honors.

On the international side, she started for the U.S. team in the 2011 FIFA Women's World Cup, and played up to the semifinals in the team's gold medal run at the 2012 Olympics.

She married NBA point guard Jrue Holiday in July 2013. She has a daughter.

She joined Christie Rampone on the U.S. women's soccer team in 2007.

Lauren Holiday Is A Member Of