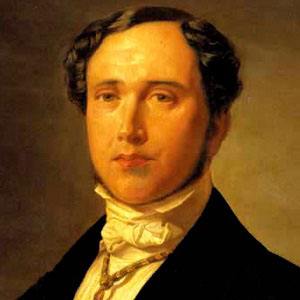 Remembered both for his diplomatic and his literary work, Cortes served as a Spanish ambassador to France and penned politically-themed works such as Lessons from Political Law (1837) and Essay on Catholicism, Liberalism and Socialism, Considered in Their Fundamental Principles (1851).

He started studying law at the University of Salamanca when he was just twelve years old and, four years later, had graduated from the University of Seville. After teaching at the College of Caceres, he began his involvement in politics.

By the end of his career, his views and works were mostly closely aligned with the Counter-Enlightenment, Spanish traditionalism, and Roman Catholic Ultramontanism movements.

Though his later views tended more toward the conservative, Cortes was influenced early in his career by the ideas of Enlightenment philosopher Jean-Jacques Rousseau.

Juan Cortés Is A Member Of