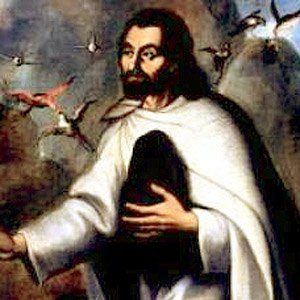 Native American from Mexico who saw Our Lady Guadalupe, which was instrumental in the spread of Catholicism throughout Mexico.

His original name could be translated as "Talking Eagle."

In spite of available birth and death dates, there are some scholars who have questioned Juan Diego's existence.

He and his wife were among the first of his people baptized by the Franciscans.

He is perhaps as important to Catholicism as Pope John Paul II.

Juan Diego Is A Member Of