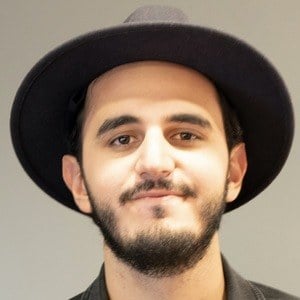 Colombian pop singer who is best known as a member of the band Morat. His group is known for songs such as "Besos en Guerra" and "Yo contigo, tu conmigo."

He majored in management at the Universidad de los Andes. His group Morat first released their debut EP Grabado en madera in 2015.

His band was nominated for the Latin Grammy Award for Best New Artist in 2016.

He hails from Colombia. His father Luis Fernando Isaza was also a part of a musical act in his youth. He has a younger sister named Susana who's also a musician.

He has worked with prominent music artists such as Juanes and TINI.

Juan Pablo Isaza Is A Member Of