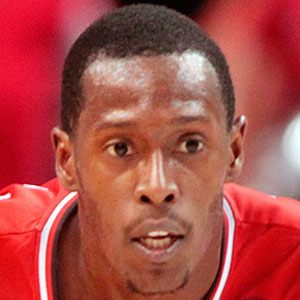 Professional basketball player from Colombia known for his time with European teams like the French team JSF Nanterre, with whom he won the French Basketball Cup in 2013. He previously played college basketball for the Louisville Cardinals.

He attended Our Savior New American high school in New York, where he averaged 20.2 points per game as a senior.

He was the Lithuanian Basketball League MVP while playing for BC Lietuvos Rytas.

He and DeShaun Thomas have both played for JSF Nanterre.

Juan Palacios Is A Member Of