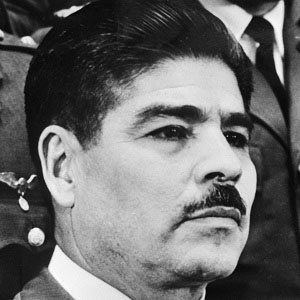 In the early 1970s, this socialist politician briefly served as the sixty-first President of Bolivia before he was deposed in a coup d'etat. His other political and diplomatic titles included Minister of Labor, Ambassador to Uruguay, and Bolivian Military Attache to Brazil.

As a young man, he enlisted in the Bolivian Army. Later, under the regime of Alfredo Ovando, he commanded his country's armed forces.

In 1976, he was abducted and assassinated under Operation Condor, a series of terrorist acts carried out by South American right-wing dictators.

He was raised in poverty in Cochabamba, Bolivia.

He was a contemporary of Peruvian president, military leader, and fellow leftist politician Juan Alvarado.

Juan José Torres Is A Member Of