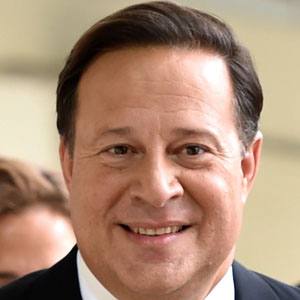 He earned his Bachelor of Science in Industrial Engineering from the Georgia Institute of Technology in 1985.

He has served on the board of his family's company, Varela Hermanos.

He married and has three children with journalist Lorena Castillo.

He succeeded Ricardo Martinelli as the President of Panama in 2014.

Juan Carlos Varela Is A Member Of