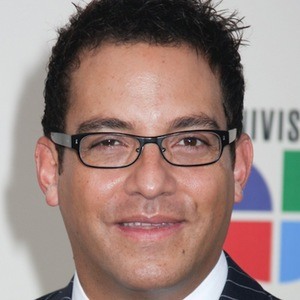 Ecuadorian singer, songwriter, musician, and producer who has released successful albums such as Tanto amor and Para que no me olvides. He was nominated for the Latin Grammy Awards and the MTV Latin America Awards.

He started his career by forming a band with school friends called Tercer Mundo.

He studied economics for four semesters at the Pontificia Universidad Católica del Ecuador.

He was married to Lola Solís. He has a daughter named Camila.

He has worked with Jorge Villamizar and Gerardo Mejia on his album A tu lado.

Juan Fernando Velasco Is A Member Of