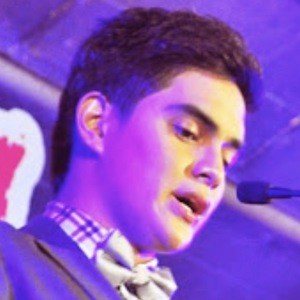 Filipino actor who shot to stardom playing Lucho on the GMA Network teen drama series Teen Gen in 2012. He has since had recurring roles on series like Villa Quintana, InstaDad and Magkabilang Mundo.

He graduated from De La Salle Canlubang in Biñan, Philippines.

He made his big screen debut in the 2013 movie Pedro Calungsod: Batang Martir.

He has a sister named Mabby who is an artist. In 2020, he married Joyce Pring.

He co-starred with Angelu de Leon on Teen Gen.

Juancho Trivino Is A Member Of