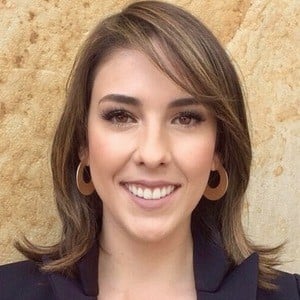 Journalist and TV presenter from Colombia who has worked with Noticias Caracol and Blu Radio. She has earned over 100,000 followers on Instagram for her posts about her life and career.

She graduated from Pontificia Universidad Javeriana in Bogota in 2010.

Her career in journalism began in 2010, when she joined Noticias Caracol as a news producer.

She has three brothers. She has posted a photo to her Instagram page of her mother in 2018 to wish her a happy mother's day.

She has appeared on air as a news anchor alongside Andreina Solorzano.

Juanita Gómez Is A Member Of