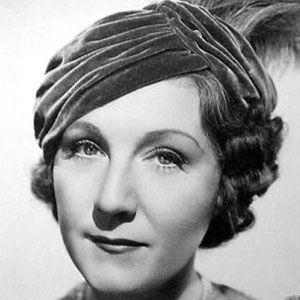 Known for her Tony Award-winning portrayal of Medea in the 1948 Broadway production of the Greek tragedy, this prominent stage and screen actress also won an Emmy Award for her on-screen portrayal of Shakespeare's Lady Macbeth. In addition, she earned an Oscar nomination for her supporting role in the 1940 Alfred Hitchcock film, Rebecca.

She performed in her first professional stage production, A Royal Divorce, at Sydney, Australia's Theatre Royal. Seven years later, in 1922, she debuted on Broadway in On The Stairs.

She was nominated for a Grammy Award for her recording of Emily Bronte's famous novel Wuthering Heights.

She performed with John Gielgud and Lillian Gish in the 1936 Broadway production of Hamlet.

Judith Anderson Is A Member Of