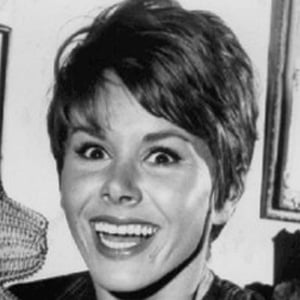 '60s star who is best remembered for roles on Love on a Rooftop and Rowan & Martin's Laugh-In. She also appeared in episodes of The Man from U.N.C.L.E.

She made her British television debut with a role on Danger Man in 1961.

She was also a regular panel member on The Hollywood Squares.

She married her second husband, Robert Bergman, in 1971 after her two-year marriage to ended in 1965.

She had a supporting role opposite Julie Andrews in the 1964 comedy The Americanization of Emily.

Judy Carne Is A Member Of