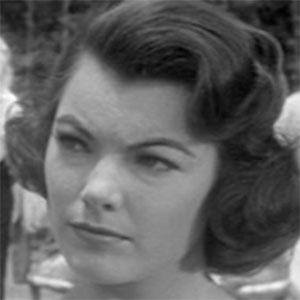 Daughter of two prominent entertainers became a popular musical actress herself until her untimely death at age 24.

She studied acting and ballet in her childhood, and won the Miss Stardust pageant in 1949.

She was Princess Summerfall Winterspring on the The Howdy Doody Show, and landed on the cover of Life Magazine after starring in the play Pipe Dream.

Her mother was a Ziegfeld Follies dancer, and her father played the trumpet with 's orchestra.

She was Elvis Presley 's co-star in Jailhouse Rock, where he reportedly developed a crush on her.

Judy Tyler Is A Member Of