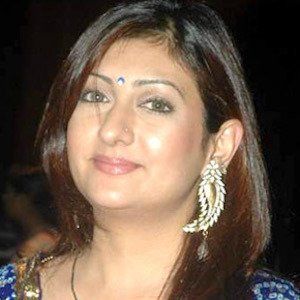 Actress who became a household name for her role as Kumkum on the Indian soap opera Kumkum Ek Pyara Sa Bandhan. She has also been crowned the winner of the comedy reality show Comedy Circus and the Big Brother-style reality show Bigg Boss.

She entered the acting world after winning the title of Miss Rajasthan 2003.

She was named Best Actress at the Indian Telly Awards for her performance on Kumkum Ek Pyara Sa Bandhan.

She married businessman and television personality Sachin Shroff in 2009. She has a daughter named Samaira.

She appeared with Rohit Khurana on the historical drama series Shani.

Juhi Parmar Is A Member Of