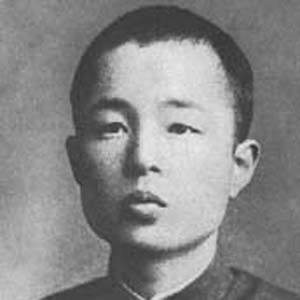 Japanese religious poet whose best-known works include Aki no Hitome (Autumn Eye) and Kami O Yobu (Talk to God). He died at the age of twenty-nine and was posthumously recognized for his tremendous literary talent.

He converted to the Methodist branch of Protestantism at a young age. He later taught at a school in Japan's Hyogo Prefecture.

He studied as a child at the Kanagawa Prefectural Normal School near Tokyo.

He dedicated several of his poems to the poet John Keats, whose work had inspired him to write.

Jukichi Yagi Is A Member Of