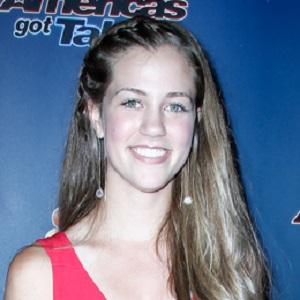 Perhaps best known as a quarter finalist on season nine of America's Got Talent. She is also famous as the 2013 champion of the Great American Songbook High School Vocal Competition and as a finalist in both the jazz and vocal pop categories of the 2014 National YoungArts Foundation Competition.

Before appearing on America's Got Talent, she auditioned for both The Voice and The X Factor.

She released the album Feeling Good in 2014. She has earned over 70,000 Instagram followers and more than 8,000 Twitter fans.

She was born to Carrie and John Goodwin. She and her sister, Sara, were raised in Baldwinsville, New York.

She shared the stage with renowned pianist Michael Feinstein at venues in both Indiana and New York City.

Julia Goodwin Is A Member Of