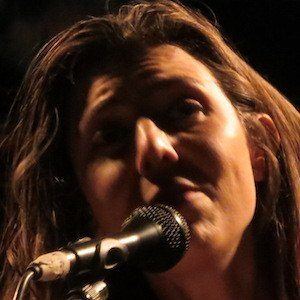 American singer who has won widespread critical acclaim for albums like 2013's Loud City Song and 2015's Have You in My Wilderness. She is also known for her collaborations with artists like Nite Jewel and Michael Pisaro.

She was raised in Los Angeles, California and attended the Alexander Hamilton High School Academy of Music. She later graduated from CalArts and began playing in a band with Linda Perhacs.

Her debut album Tragedy was named one of NPR's Best Outer Sound Albums Of 2011.

She has dated Real Estate and Ducktails guitarist Matt Mondanile.

Julia Holter Is A Member Of