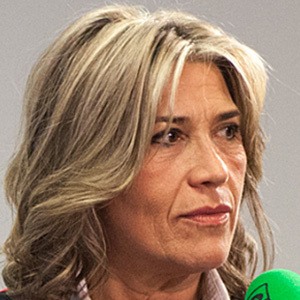 Accomplished Spanish journalist and media presenter who began her career with Radio Juventud and Radio Miramar. She went on to host the television programs Una historia particular, Julia en la onda and Entrevista a la carta.

She earned her licentiate in Spanish philology from the University of Barcelona.

She has received numerous honors including a 2013 Premios Ondas National Radio Award for Most Outstanding Career.

Her daughter's name is Candela. She has been in a relationship with physician Josep Martínez.

She collaborated with Pablo Motos on her show La Radio de Julia.

Julia Otero Is A Member Of