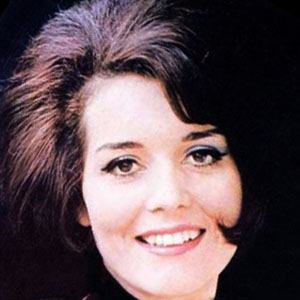 Pop vocalist best known for "The Wedding," a 1964 international hit song. Her other popular singles include "It's Magic" and "Hawaiian Wedding Song."

She worked as a secretary, a stewardess, and a dancer before starting her singing career.

Her version of "You Only Live Twice" was included on a 1992 compilation album entitled The Best of Bond...James Bond.

Her biggest hit, "The Wedding," was previously sung by Anita Bryant.

Julie Rogers Is A Member Of