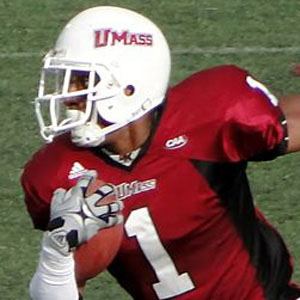 NFL wide receiver was a member of the New York Giants in 2013. He also had 821 yards and 17 touchdowns while playing for the Pittsburgh Power in the Arena Football League.

He earned his first All-CAA honor after his junior season at the University of Massachusetts.

He grew up in Stratford, New Jersey.

He was teammates with Victor Cruz at the University of Massachusetts and rejoined the receiver on the Giants in 2013.

Julian Talley Is A Member Of