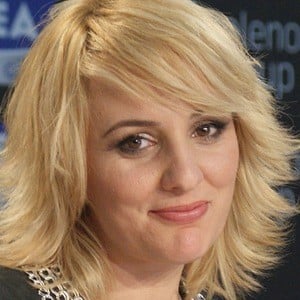 Albanian singer and show-host who has gained fame for her albums singers, representing Albania in the 2010 Eurovision Song Contest, and working as a mentor and judge on the first season of Albania and Kosovo version of The X Factor.

She previously competed in the 2007 and 2008 competitions to represent Albania in Eurovision, but did not win.

She was given the Honorary Citizen Award of Burrel from the city's mayor in 2010.

She is in a relationship with fellow musician Altin Llakaj.

She is a fan of American actress Blake Lively.

Juliana Pasha Is A Member Of