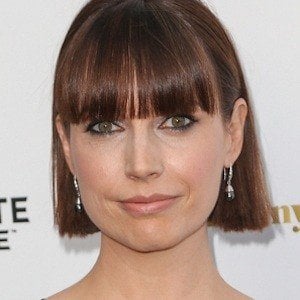 Actress who became known for her roles on series such as Better Call Saul and Fargo.

She began pursuing acting professionally at the age of 16, and one of her first onscreen roles was as Leah Barnes in the series First Monday.

She was featured on the popular TV show ER for two years as the paramedic Niki Lumley.

Her parents are Janice Emery, a computer analyst, and Gary Emery, a dairy farmer.

She stars alongside Bob Odenkirk on Better Call Saul.