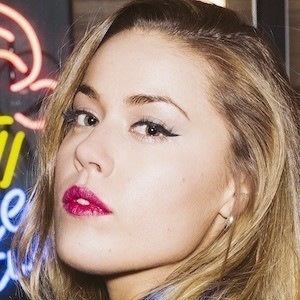 Norwegian singer and songwriter who had her breakout hit with the October 2015 single "All Hours." She competed in the North Vision Song Contest twice and in February 2016, she released the single "I Kinda Like It" through Warner Music Norway.

She released her first singles "Undressed" and "Supernova" in 2013 in time for the 6th North Vision Song Contest.

In September 2013, she signed to Warner Music Norway.

She has a sister named Veronica.

She has worked alongside fellow Norwegian singer and songwriter Morgan Sulele.

Julie Bergan Is A Member Of