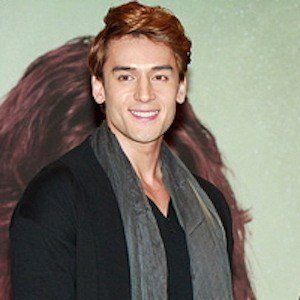 Actor who has appeared in Twelve Men in a Year and Personal Taste. He played the role of Julian in the TV series Potato Star 2013QR3.

One of his earliest roles was as David in the 2009 TV drama Dream.

He posted a photo with his grandmother to his Instagram account in July 2015. He is French, Canadian, and South Korean.

Julien Kang Is A Member Of