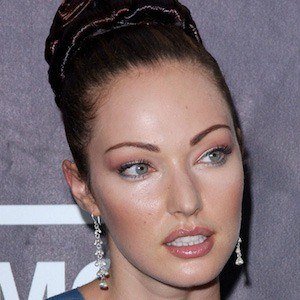 Initially notable for her critically acclaimed portrayal of lead character Moon in the 2003 feature film This Girl's Life, she went on to play Hanna in the 2006 thriller The Insurgents and Nitzan in the 2007 feature Phantom Love.

She began her modeling career at the age of fourteen and, in her late teens and early twenties, became active on the New York City theatre scene. She made her screen acting debut in a 2001 episode of Law & Order: Special Victims Unit.

Born Juliette Dudnik, she spent the first eight years of her life in her native Kiev, Ukraine, and the remainder of her youth in Chicago, Illinois, U.S.A. and Paris, France.

She appeared alongside Steven Seagal in the 2005 action movie Into the Sun.

Juliette Marquis Is A Member Of